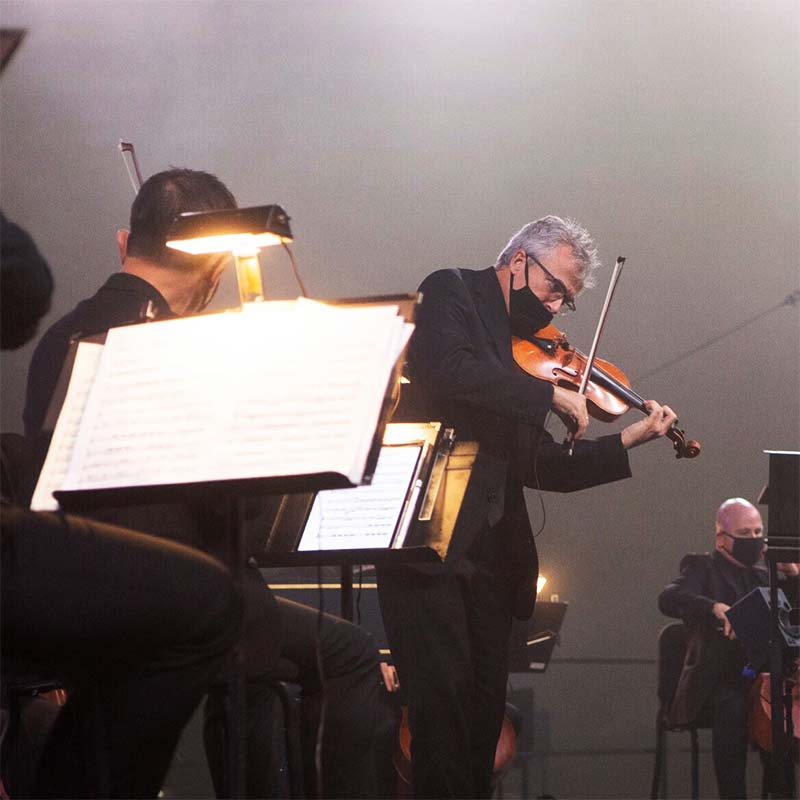 For the first time ever, pairing the world’s great orchestras on one stage –
Members of the Los Angeles Philharmonic & the San Francisco Symphony

THE FOUR WINDS OF MOZART – PROGRAM:

Soloists: Oboe – Eugene Izotov. Clarinet – Boris Allakhverdyan. Bassoon – Whitney Crockett.
Horn – Andrew Bain.
A work thought to be by Wolfgang Amadeus Mozart for oboe, clarinet, horn, bassoon, and orchestra. He originally wrote a work for flute, oboe, horn, bassoon, and orchestra, K. Anh. 9 (297B), in Paris in April 1778. This original work is now lost. The work as it is performed today came to light in 1869 as an anonymous copy manuscript in the collection of Otto Jahn. Jahn wrote the first scholarly biography of Mozart and had amassed a large quantity of Mozart letters, original manuscripts and score copies.

The Symphony in C is an early work by the French composer Georges Bizet. According to Grove’s Dictionary, the symphony “reveals an extraordinarily accomplished talent for a 17-year-old student, in melodic invention, thematic handling and orchestration.” Bizet started work on the symphony on 29 October 1855, four days after turning 17, and finished it roughly a month later. It was written while he was studying at the Paris Conservatoire under the composer Charles Gounod, and was evidently a student assignment. Bizet showed no apparent interest in having it performed or published, and the piece was never played in his lifetime.